Tonight saw CWO Charlie Owen’s last night as a cadet. Charlie joined 148 (Barnsley) Squadron in November 2012 at 13 years old. During his time as a cadet, Charlie rose to the rank of Cadet Warrant Officer and became responsible for taking the junior cadets through their First Class Training.

Charlie’s cadet highlights include receiving his Gold Duke of Duke of Edinburgh Award at Buckingham Palace, supporting the Wing DofE Team on various courses as well as completing other DofE Staff Qualifications such as the ITT and Managing a Group courses. Charlie has also taken on the role of “Mr Vice” at the Squadron’s Dining In Night one year. Charlie has also been an active member of the Squadron Band and played at many events including the ATC75 Parade in Doncaster, Battle of Britain Parades and Armed Forces Parade. Charlie also attended many camps including the Corps Drill and Ceremonial Camp and performed a Continuity Arms Drill Sequence in front of Commandant Air Cadets and AOC 22 Group.

We wish Charlie the best of luck as he goes on to complete his University Degree and continue to support Cadets across the Wing as a Civilian Instructor. 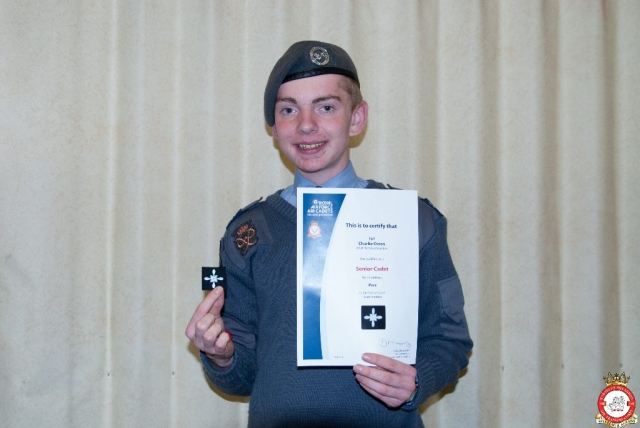 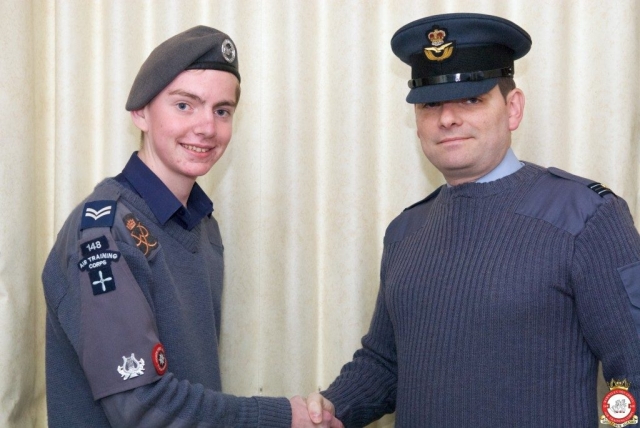 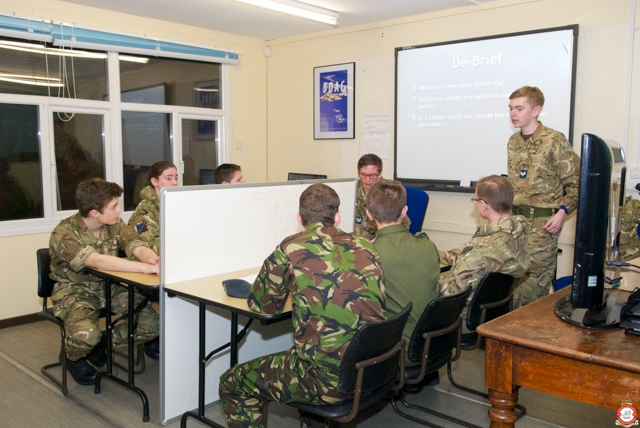 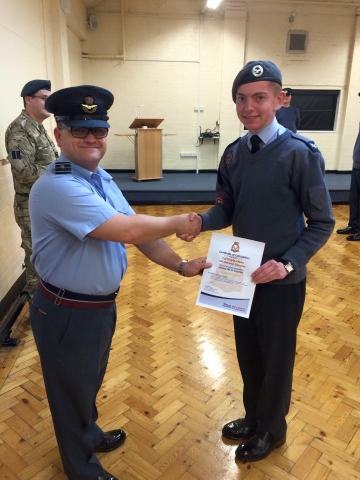 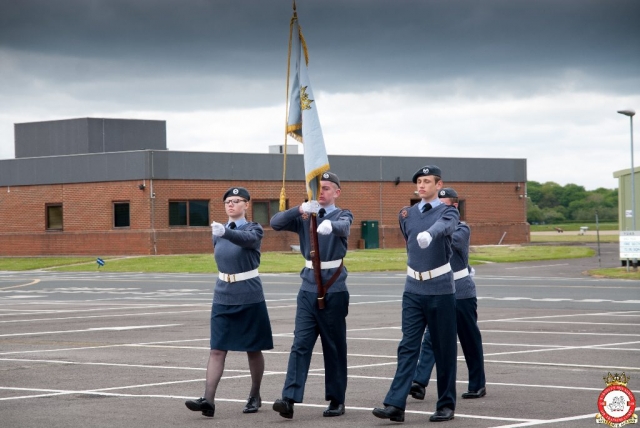 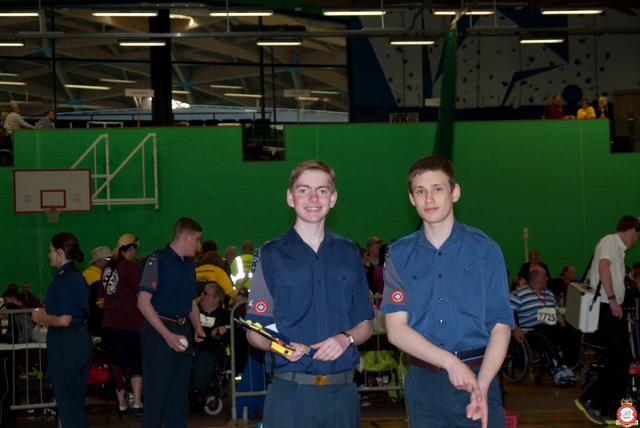 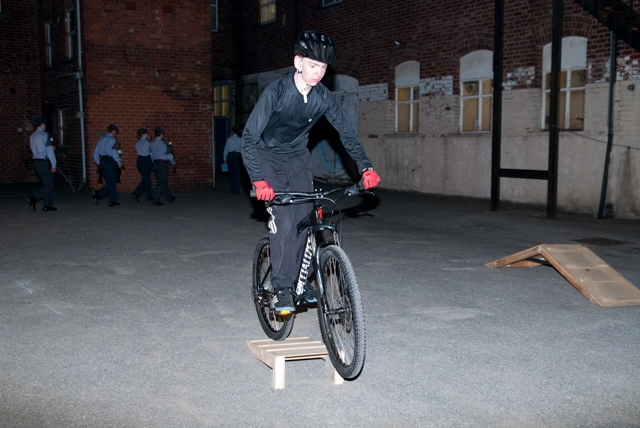 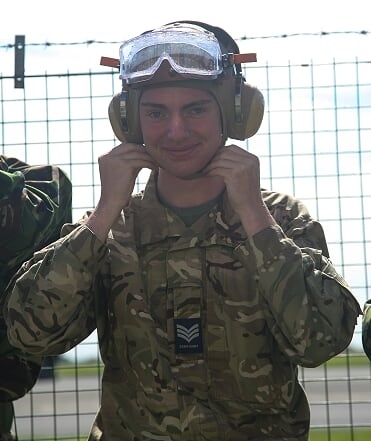 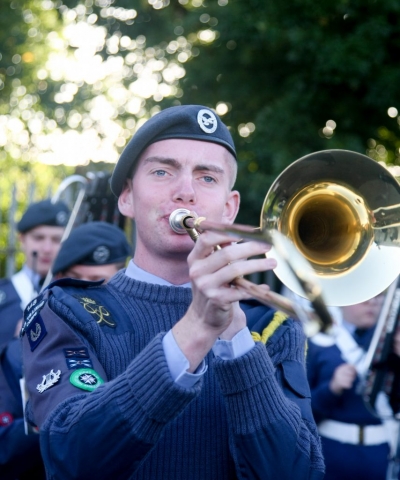 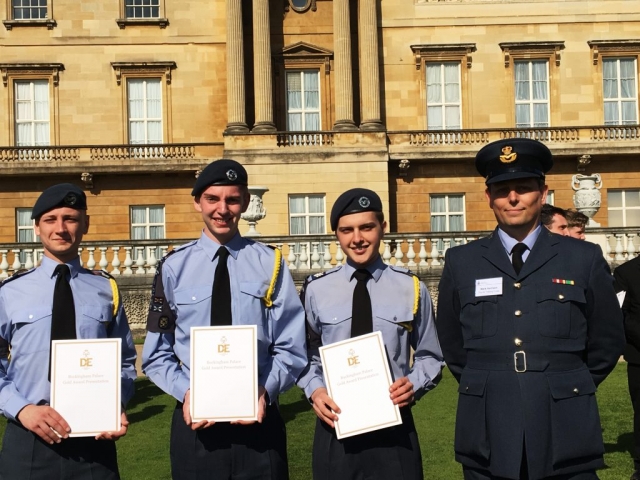 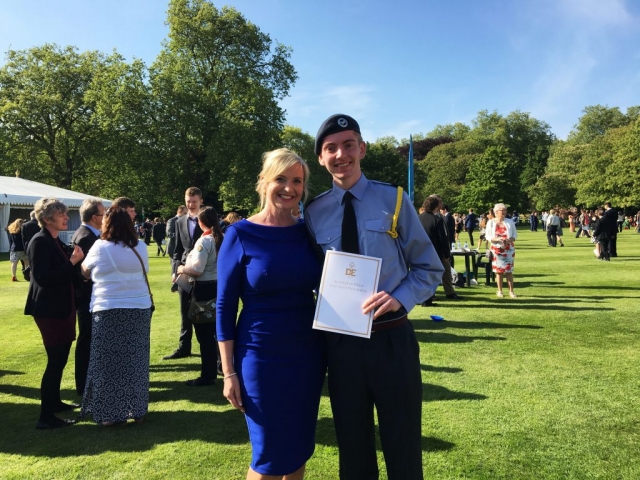 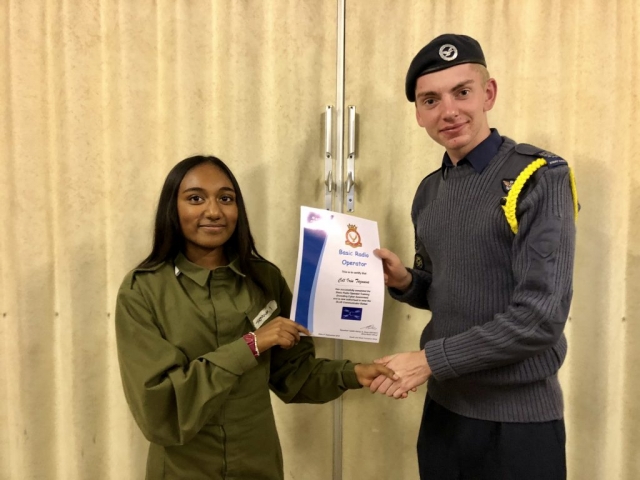 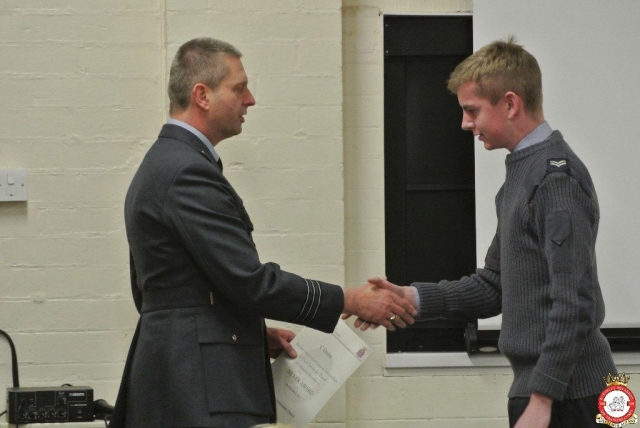 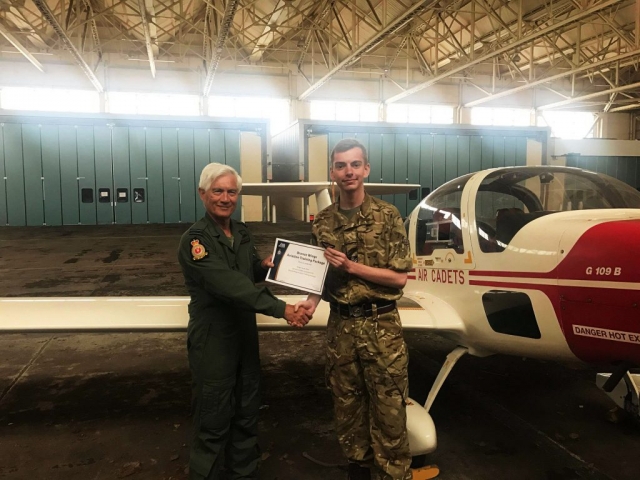 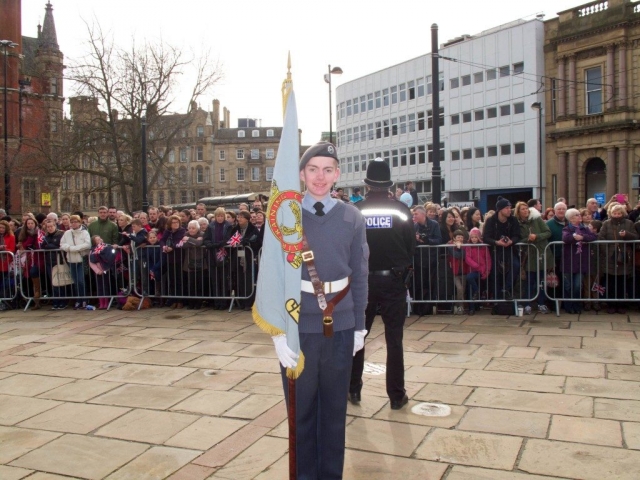 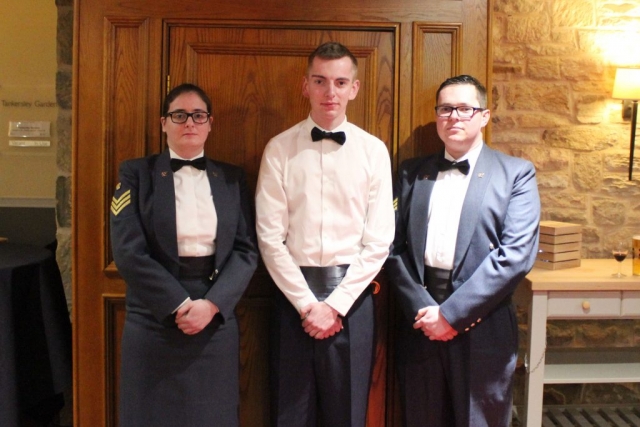 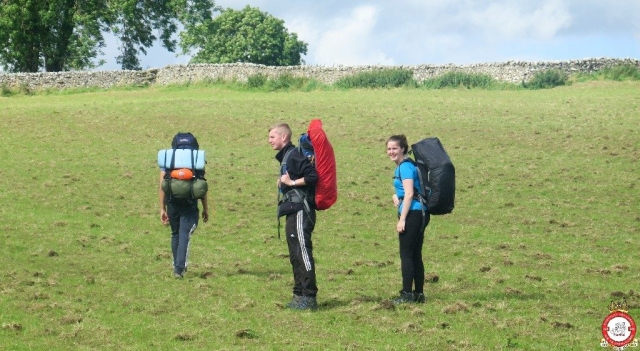 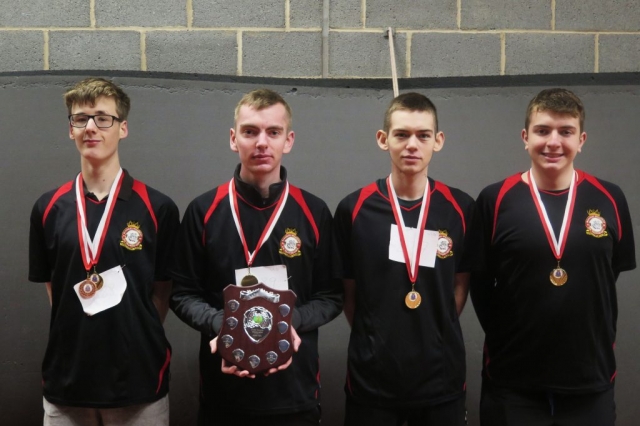 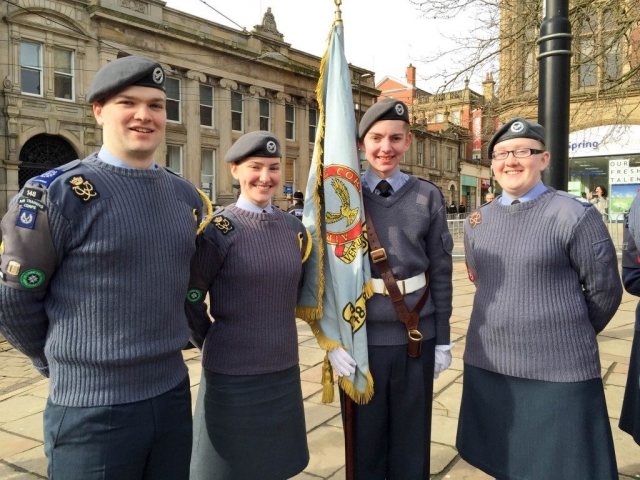 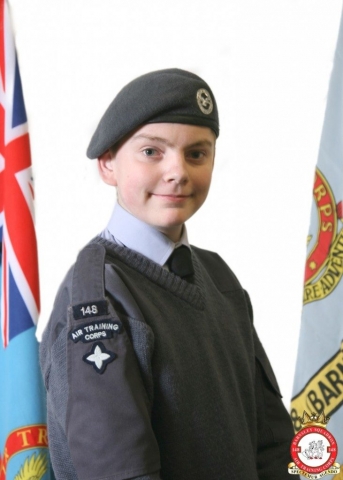 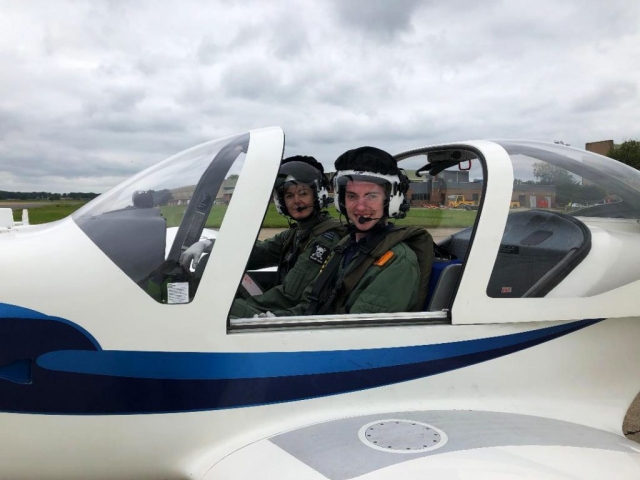 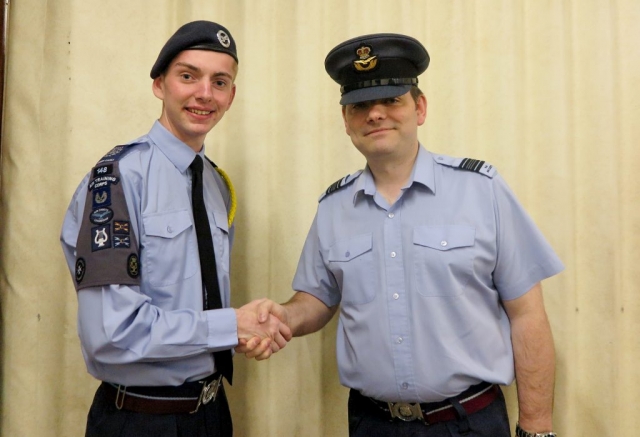 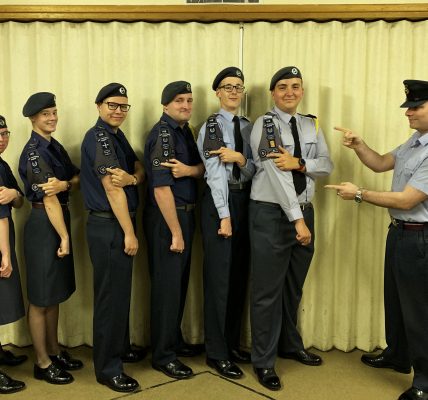 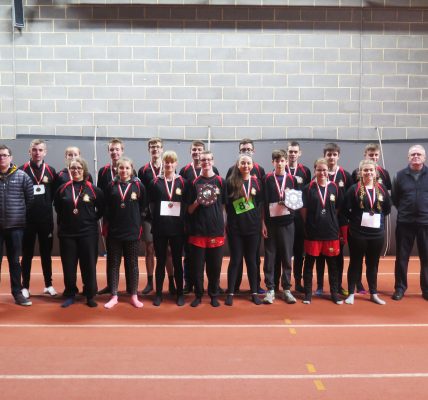 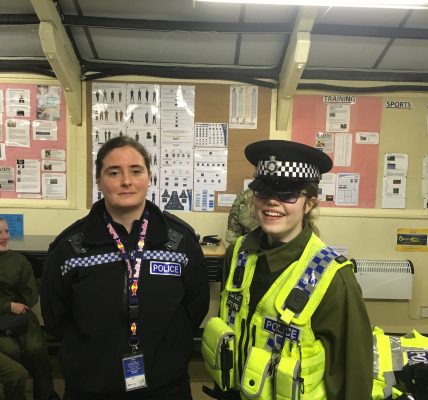 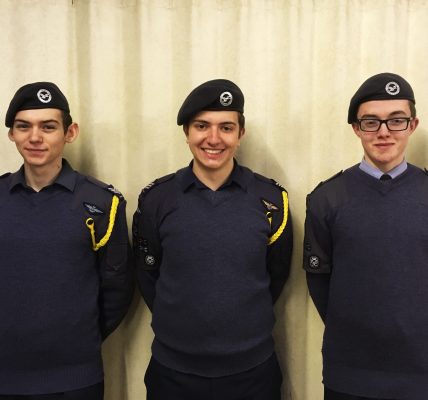